50 years after the launching of Citroën Méhari and 2 years after that of Citroën E-MEHARI, this convertible 4 seat 100% electric nonconformist remains a symbol of the French automobile audacity. For this birthday, Citroën calls upon the creator Jean-Charles de Castelbajac to design an exclusive Art Car E-MEHARI, a strong and chromatic, true work manifest graphic celebrating 50 years of freedom and 50 years of creation. 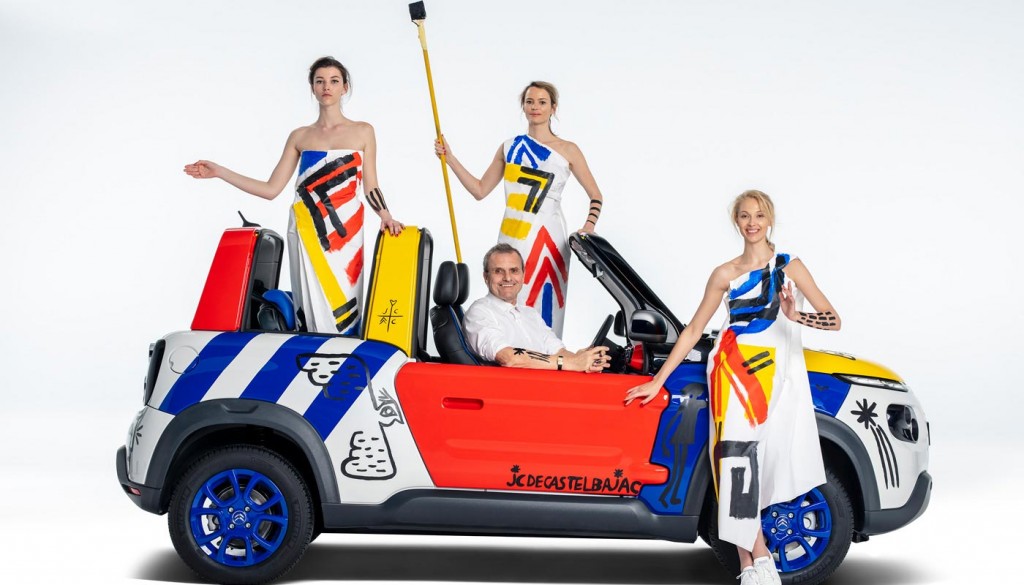 May 1968 mark birth of Citroën Méhari and beginnings of Jean-Charles de Castelbajac. May 2018 collaboration between two talents placed under the sign of the creative revolution symbolizes which animates Citroën and the artist. A natural and obvious meeting: Citroën cultivates audacity and creativity since 1919 and makes blow a wind of freshness in the automobile landscape. Jean-Charles de Castelbajac is an innovative creator, who anticipated by his creations the decompartmentalisation between arts and the fashion. 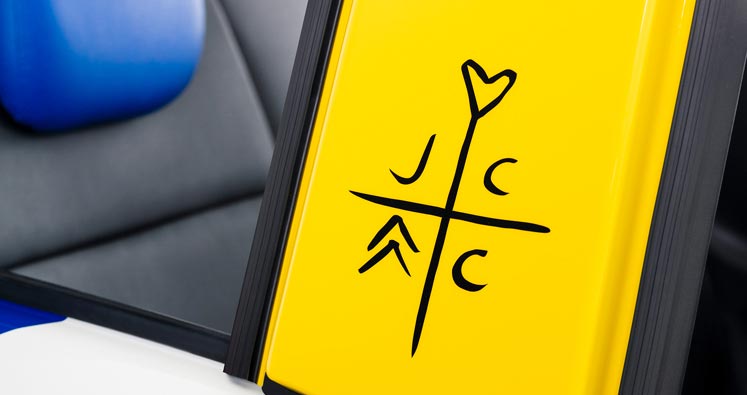 Whereas the young generation beats the paving stone in search of more freedom, Citroën reveals on May 11th, 1968 a model of leisures before the hour: Citroën Méhari. Simple, fun and without claim, this convertible with the pop colours is characterised by its plastic body, tinted in the mass, corrosion resistant and washable with the fountain. Other assets: its great modularity thanks to its convertible structure above its belt of case, including on the level of the windshield which is folded up on the cap, as its frame perched high which confers to him qualities of control without precedent.

Citroën Méhari becomes thus a true social phenomenon over the years, grace also to a career with the cinema and its presence on several raids.

In December 2015, Citroën reveals Citroën E-MEHARI: a convertible 4 seat 100% electric. An “It car”, emblem of the people in search of differentiation, attentive with the tendencies and the environment. Citroën E-MEHARI translates the will of Citroën to propose different vehicles, technological and representative of the “French” creativity. Parliament in the factory of Rennes, E-MEHARI is the first electric vehicle certified “Origin Guaranteed France”.

In January 2018, Citroën E-MEHARI adopts a Hard Top (rigid roof), to become an electric convertible 4 seats 100% able to roll by all times, as well as an interior reconsidered for more comfort and of modernity, an access Easy Entry facilitating the installation in the back and of new safety equipments. 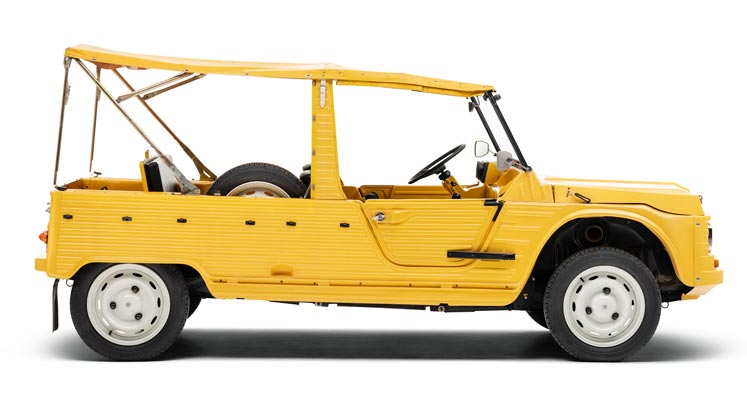 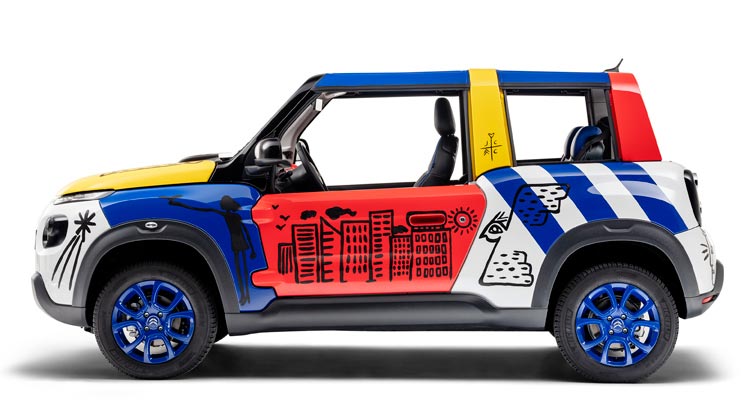 A graphic and chromatic manifesto

More than one myth, Citroën E-MEHARI is a revolutionary model, than Jean-Charles de Castelbajac defines by a play of colour, a role-play and a word game.

Its artistic approach is that of a free Art because, as a graphic manifesto with the image of a poster of May 68, to accompany the travellers towards horizons carrying projects and desire for changing the world. Its chromatic work delivers an engaging message: red for passion, the yellow for the radiation, blue like electricity and ecology. 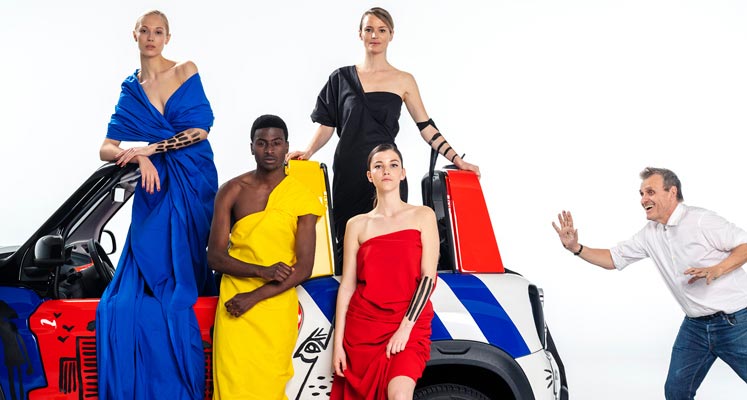