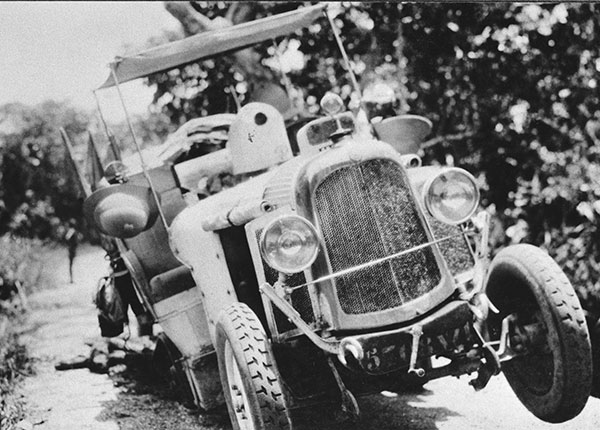 To draw attention to his half-track vehicles launched in 1922, André Citroën organised a trans-Saharan expedition – Touggourt-Timbuctoo-Touggourt – from 17 December 1922 to 7 March 1923.
This success was followed by the Croisière Noire expedition, which crossed the African continent from north to south, travelling from Colomb-Béchar to Cape Town, between 28 October 1924 and 26 June 1925.
The Croisière Jaune expedition crossed Asia, from Beirut to Beijing, between 4 April 1931 and 12 February 1932. Citroën subsequently supplied Admiral Byrd with three half-track vehicles for his Antartic expedition (25 September 1933 – 2 February 1935). It also supplied five vehicles for the Croisière Blanche expedition organised from 4 July to 24 October 1934 in the Rocky Mountains of Canada. 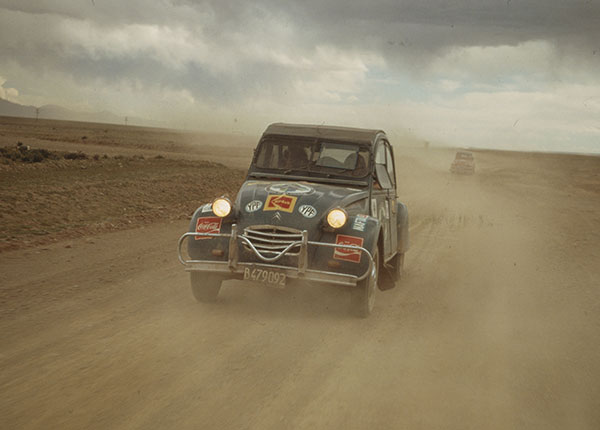 The first Citroën rally raid (Paris-Kabul-Paris) was organised in August 1970 and involved 494 Méhari, Dyane and – above all – 2CV vehicles. Following the route taken by the Croisière Jaune, the rally raid covered a distance of 16,500 km.
The success was such that Citroën organised another event one year later. The Paris-Persepolis-Paris raid took 467 car crews on a journey of 13,500 km to to the ancient capital of the Persian Empire. In 1973, the fifty 2CVs taking part in Raid Afrique made an 8,000 km journey across the Sahara desert.
Fifteen years elapsed before the next event in 1988, Operation Dragon. A total of 40 young Europeans driving AX vehicles embarked on a 4,500 km journey across China, from north to South. And in 1997, on the fringes of the Master Rallye, Citroën organised the Berlingo Raid: from Paris to Moscow via Samarkand. A total 157 crews took part in this 8,500 km event.