Since it was founded in 1919, Citroën has always stood out for its ability to tackle and pull off bold, sporting challenges.

100 YEARS OF BOLD AND SPORTING CHALLENGES

From the first competition through to the Citroën Racing team of today, Citroën teams write a story full of triumphant victories and many sporting successes. 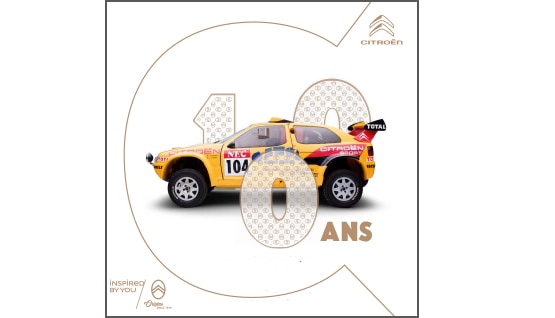 For the year of its Centenary, the Brand published a special collector’s catalogue taking us through the characteristics and the story of 30 iconic models.
From the Autochenille launched in 1922 to tackle the Sahara Desert to the last C3 WRC, discover our 10 iconic Citroën Racing vehicles. A true journey back in time! 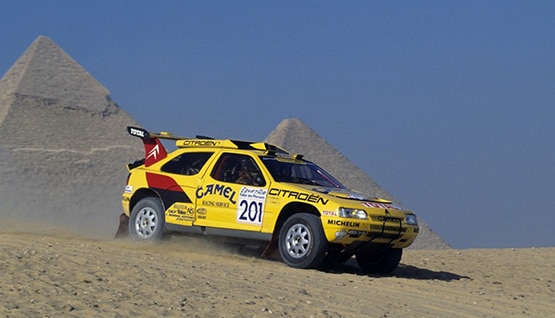 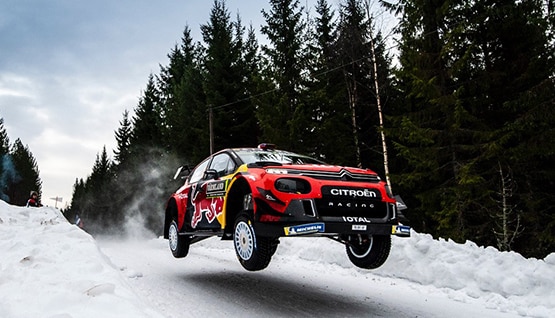 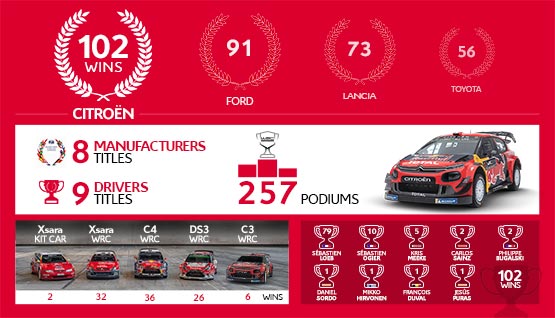 In January 2019, Sébastien Ogier and Julien Ingrassia win the Rally Monte-Carlo. Citroën Racing claim its 100th WRC win at the start of the year in which the brand celebrates its centenary.