Do you know the dual definition of WRC? What is a shakedown? What a service park is for?
Check out our selection of 11 keywords to better understand the WRC. 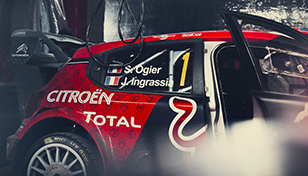 Used during the forty-five minute end-of-day services, this process lets the teams have a sufficiently long period so that they can work on one car after the other, as opposed to carrying out work on two cars at the same time. This enables them to allocate effectively all of the mechanics they are allowed to have working on the car (a maximum of eight for a two-car team like Citroën Total World Rally Team). 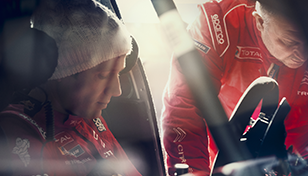 This is the code used by the crews to describe the characteristics of the timed stages contested during the racing weekend. During recce, the driver conveys his view of the road to his co-driver, using terms and language that are specific to them. The co-driver writes down these instructions in a notebook. During the rally itself, the co-driver reads back these pace notes to the driver, in order to guide him and describe the road ahead, and therefore enable him to go as fast as possible. 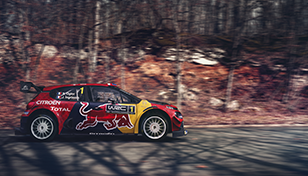 At the four asphalt rallies included on the WRC calendar (Monte-Carlo, Corsica, Germany and Catalonia), the priority crews are supported by a safety crew, generally consisting of former drivers and co-drivers. Armed with a copy of the pace notes of the crew they are working for, they complete the stages in advance of the competitors and report back on any changes in the road surface and conditions that have occurred since recce. They also do the same thing between the first and second runs on the stages during the race. 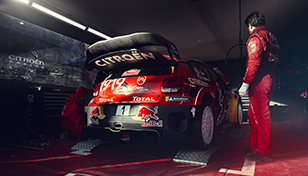 This is where the various teams competing in the championship set up their technical and hospitality facilities. The cars return here at regular intervals between the stages to change tyres, alter the settings on the car and undergo mechanical repairs. Although the crews may carry out work on their car with the equipment and tools available on board, no outside assistance is permitted beyond the outer limits of the service park. Nowadays, rallies tend to have just one service park. Typically, cars have a fifteen-minute service in the morning before tackling the stages, returning mid-leg for a forty-minute service and finally spending forty-five minutes in service in the evening after the day’s action is finished. Mechanics are permitted to work on the cars when wearing an armband (four per car). 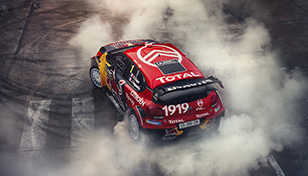 This term describes one stage of the rally, generally the final stage and broadcast live on television, in which bonus points are awarded to the leading crews. The fastest driver wins five points, the second-placed driver collects four points and so on, until the fifth fastest driver, who scores one point. 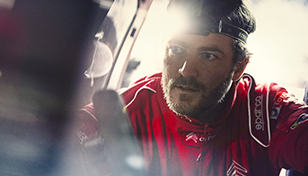 A team that is forced to retire during a day can rejoin the rally the following day, after adding a seven-minute penalty for each stage missed (10 minutes if the retirement occurs on the final stage of the leg). 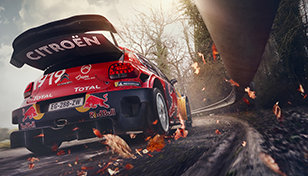 On the Tuesday and Wednesday before each rally, the crews complete reconnaissance, more commonly known as recce. Over two days, they drive through each of the timed stages twice in an upgraded production car (roll cage, suspension, brakes, etc.) at reduced speeds (maximum of 80kph), during which they can take notes about the characteristics of the road, corner by corner. 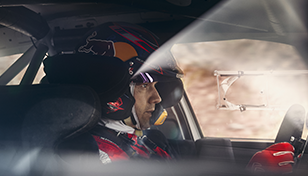 This is the term used to describe the test session organised on the Thursday before the start of the rally. The stage is held on roads that are supposed to be similar to the ones used during the event. All the crews must complete at least three runs on the stage. 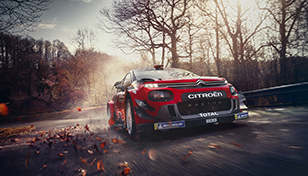 This term is used to describe sections of road closed to the general public, where the crews compete against one another to try and set the fastest time, setting off at two- or three-minute intervals. In order to get between the various timed stages, the crews use what are known as road sections. These non-competitive sections are held on normal roads, open to the public, so crews must comply with the local traffic laws. They must also complete these sections within a set time (target time). Checking in late – or early – results in the crews being given time penalties. A rally is therefore a series of timed and road sections, and the final standings are determined by adding together the times set on the timed stages and any time penalties. 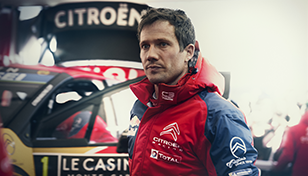 These are short timed stages, often held in city centre locations at the start of a rally as a means of getting close to different fans to those who typically follow rallies. 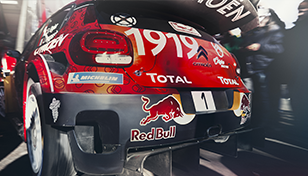 This term refers both to the championship itself, the “World Rally Championship”, and the cars driven in the series, the “World Rally Cars”. The most sophisticated cars used in rallying, the WRCs are powered by a 1.6-litre turbo engine developing close to 400 horsepower and weighing just 1,190kg. They are fitted with a semi-automatic, sequential gearbox and endowed with substantial aerodynamic features.